-Achieve the straightest blow dry even on curliest hair textures.

-Smoothes and shines for a brilliant finish. 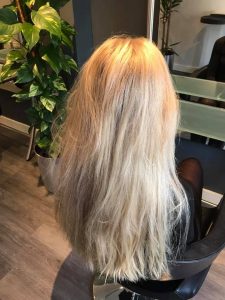 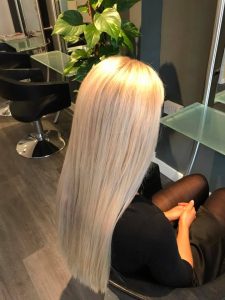 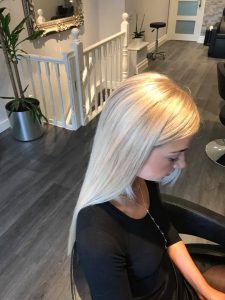 It was a great pleasure to be presented a 5 Star Award today, big thank you to Gareth and Jackie from the Good Salon Guide.. 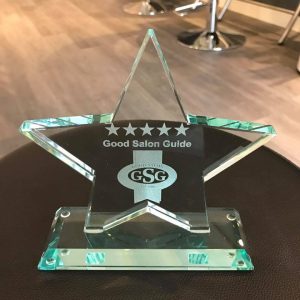 DISCOVER THE NEW SEMI DI LINO DETOXIFYING MUD!
This powerful Detox Treatment uses the proven, purifying effects of activated carbon and kaolin clay to gently but effectively remove the damaging impurities from the hair caused by environmental pollutants. Hair and scalp are returned to their original state and left ready and primed for the second step of your Semi Di Lino Ritual.

Removes Chlorine, Copper and other minerals caused by hard water… 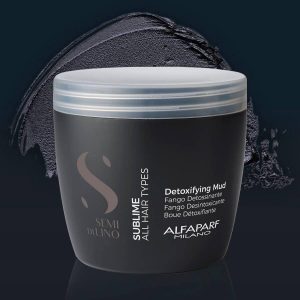 One ingredient changes everything

Olaplex can give you back the hair you had in your 20s?

An end to bad hair days for ever? That’s the promise of a new salon treatment that claims to repair even the most bleached and frazzled locks and restore them to their former glory.

Olaplex, developed in the U.S. and launched to great acclaim there at the end of last year – everyone from top hairdressers to the likes of Jennifer Lopez and Gwyneth Paltrow is said to be a fan – hit the UK this summer and is being hailed as the ‘Holy Grail’ of hair treatments.

The three-step programme works by repairing bonds within the hair shaft, known as disulphide bonds. These are broken during the process of hair colouring and heating, resulting in hair that is weakened and damaged. Repairing the bonds improves the condition and texture of the hair. 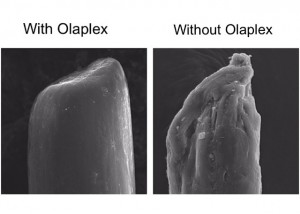 The Power Styler is a ceramic attachment that instantly improves your blow-dry and helps you achieve shinier, smoother, longer lasting results in less time.

Blow-dry your hair in the usual way, guiding The Power Styler gently down the hair shaft to achieve instant results. The hot air heats the ceramic plates, acting like a straightener, leaving your hair looking smooth and shiny. 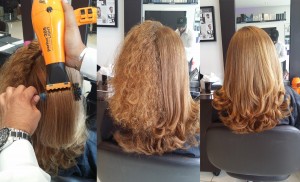 Buy a pH balanced shampoo and conditioner. Put these in small individual bowls. Do not use a shampoo or conditioner that is not pH balanced.

Gently comb out your extensions one at a time with a brush or a wide toothed comb. This makes for an easier wash.

Use your fingers very gently to wet your extensions. Sponge on shampoo gently. Do not rub in like you do with normal hair. Be careful not to make any knots.

Use conditioner. Be careful on how much you use, and using conditioner on your extensions more than once a month could damage them! Rinse thoroughly. 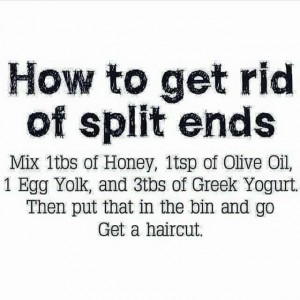 Here’s a secret! The Tangle Teezer Compact Styler is the fastest backbrush around. Add some oomph to your hair as fast as you can say, “stick ‘em up…HIGH!” It’s great for back-brushing and producing height at the crown, Plus, it fits in your purse—so there’s no excuse to ever be without it.

To use simply backbrush the hair from the roots to give added height, the brush is super gentle and teased hair can easily be brushed out. Back-brush faster, eliminate tangles.. 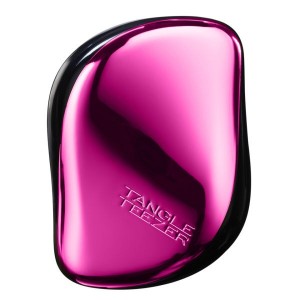 The invisibobble is worn with minimal pressure around the ponytail while still sitting firmly in the hair. This allows it to be worn throughout the day, regardless of whether one is working out at the gym, in the water, taking a nap, at the office, going out or simply relaxing at home. Additionally it can be worn as a stylish bracelet and gives you countless new opportunities to create new updos.
Each pack contains 3 Hair Rings. 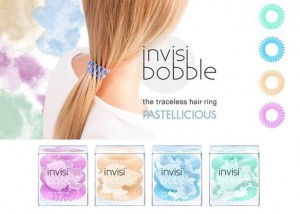 Cover up dreaded roots and regrowth quickly and easily – with no mess – for perfect results in under a minute.

This unique, professional powder compound adheres to hair without being sticky or oily and without dulling or looking dry. A water-resistant formula means the results last from shampoo to shampoo, but you can swim, sweat and sleep and the powder will stay in place. Plus, each shade contains a variety of pigments and reflective particles to ensure a natural match with many different hair colours. 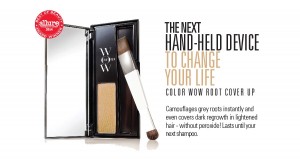